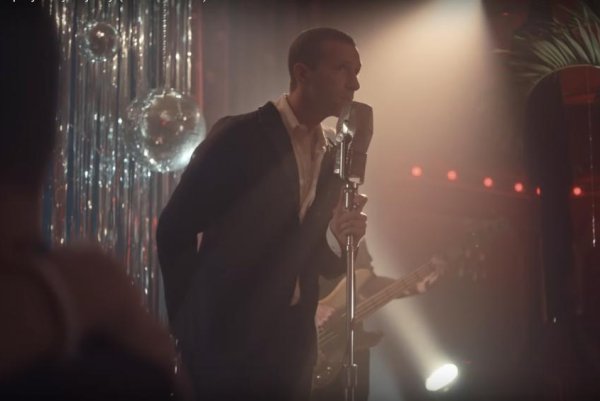 The group released a video for the single “Cry Cry Cry” Friday on Valentine’s Day that was co-directed by Johnson and Cory Bailey.

The video opens with a young couple enjoying a night out at a dance hall. The couple are shown aging together as they dance with Coldplay performing as the band in the background.

“We’re in this together, baby / We’re as singing is to rain / So I never, never, ever let you go,” Martin sings.

Johnson, 30, and Martin, 42, have been dating since fall 2017. Martin’s ex-wife, Gwyneth Paltrow, voiced her love for Johnson in the February issue of Harper’s Bazaar, saying she adores the younger actress.

Johnson is known for starring in the Fifty Shades films. She will star with Olivia Colman in Maggie Gyllenhaal‘s directorial debut, The Lost Daughter.