Photo: Mice Squabbling Over A Morsel Of Food 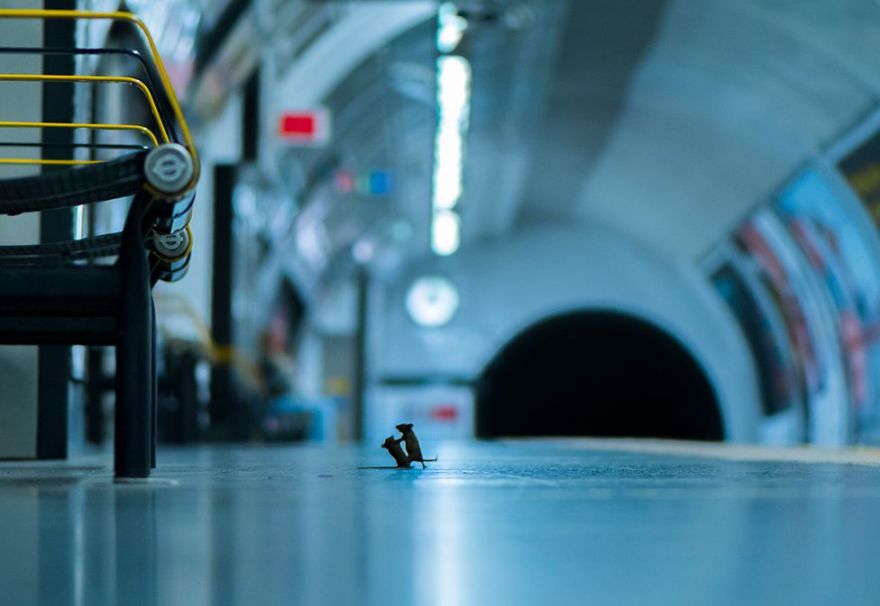 Mice are subterranean creatures who love lurking underground, and since the London Underground is, well, underground, it won’t be a surprise if we find some of these mice in the public transit system.

Sam Rowley was fascinated by these mice, and he decided to spend a week down The Tube (a nickname for the London Underground) trying to take a photo of these rodents.

And one night, he captured an image of two of them literally battling over a morsel of food dropped by a passenger.

That persistence to get the snap has won Sam the Wildlife Photographer of the Year LUMIX People’s Choice award.

The photo was titled “Station’s Squabble”.

Check out more photos entered in the Wildlife Photographer of the Year (WPY) competition over at BBC.