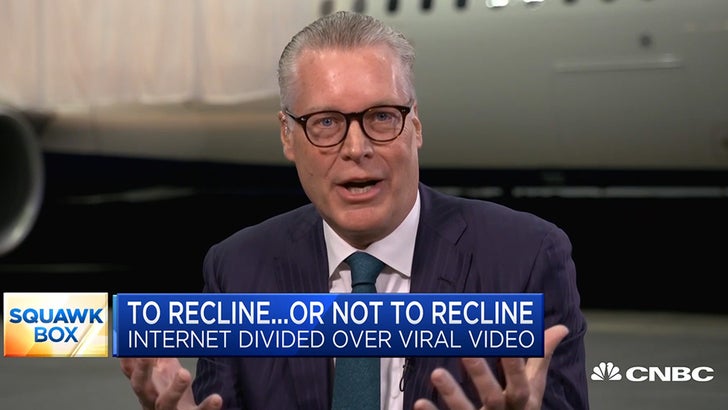 Well, this is pretty shocking … the head honcho at Delta seems to think the woman on the American Airlines flight who reclined her seat — only to have the passenger behind her treat her seatback like a punching bag — was out of line.

Delta CEO Ed Bastian appeared on CNBC’s “Squawk Box” Friday, said it’s an etiquette issue … if a passenger knows a tall person is sitting behind them, they should ask permission before they recline. Presumably, that means if the person declines then the passenger can’t recline.

That certainly isn’t the way our users feel — by a 2-1 margin they support the woman on an AA jet who put her seat all the way back, only to have the dude behind her attack the seat like a boxer in training.

Of course, the counterargument to what Bastian believes is that the airline configures the plane, so it should design it so people can recline without interfering with the person behind them. If that’s not the case, it’s on the airline.